Haniwa has developed 2 different Phono Preamplifiers the HEQA01 Haniwa Equalizer Amplifier and the HEQA03 Haniwa Equalizer Amplifier.  Both units incorporate Haniwa’s proprietary and unique Waveform Recovery Circuit (WRC).  This WRC is unique in that it compensates for distortion caused by phase shift of the signal and non-linearity of the needle motion.  No other phono preamplifiers on the market contain this unique circuit.  The HEQA01 is designed to be used along with Haniwa’s HCVC and the HCTR-CO or HCTR01 Mark II cartridges.  The HEQA03 incorporates a current input circuit and can be connected directly to ultra low impedance cartridges such as the 0.2 ohm HCTR-CO or the 0.4 ohm HCTR01 Mark II cartridge. 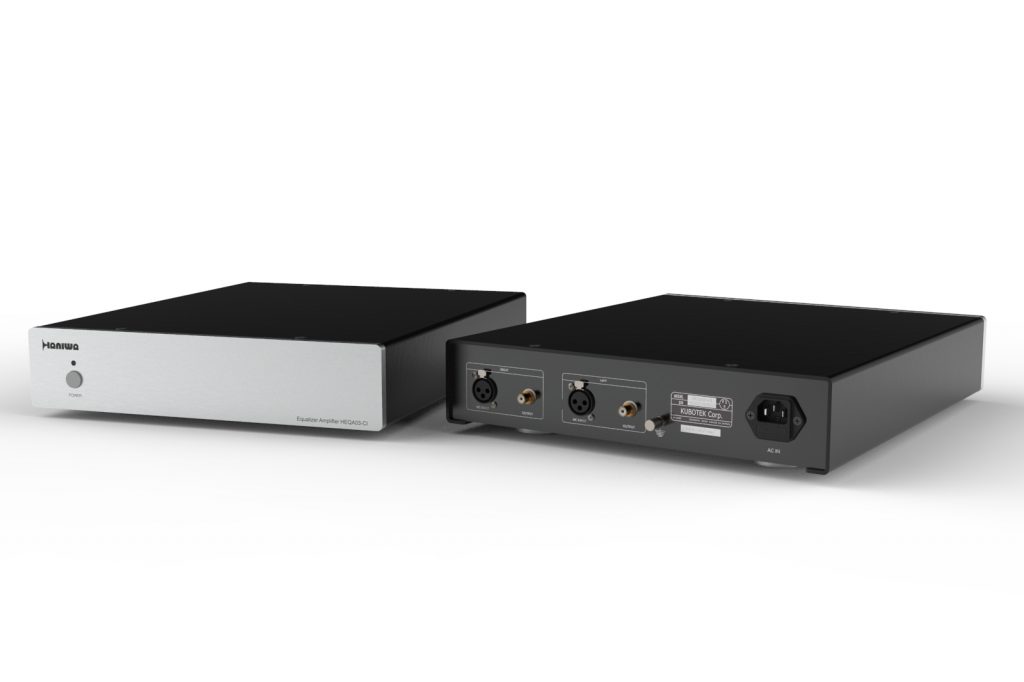 The job of a phono preamplifier is to capture and amplify the tiny signal generated by small, dynamic motions of the cartridge needle in the record groove so it is strong enough to feed into the main audio system.  Physics tell us that inside the electrical circuit of the phono preamplifier, the signal waveform is severely deformed when it passes through the current loop. This deformation is inevitable since pulse motions of a cartridge needle tracking in the record groove are always followed by counteractive motions in the opposite direction.  In addition to this problem, the coil in the Moving Coil cartridge has its own inductance which further degrades the waveform.  Both of these critical problems have essentially been ignored by the audio industry, and Haniwa solved them by designing the cartridge and the phono stage as one consolidated system. The HEQA01 and HEQ03 phono stages both use the proprietary Waveform Recovery Circuit which removes the signal distortion generated by both the counter movement of the needle and the added coil inductance.  The result is easily audible when you listen to your own music on Haniwa … your hear increased clarity, detail and sonics that are far superior to other systems on the market. 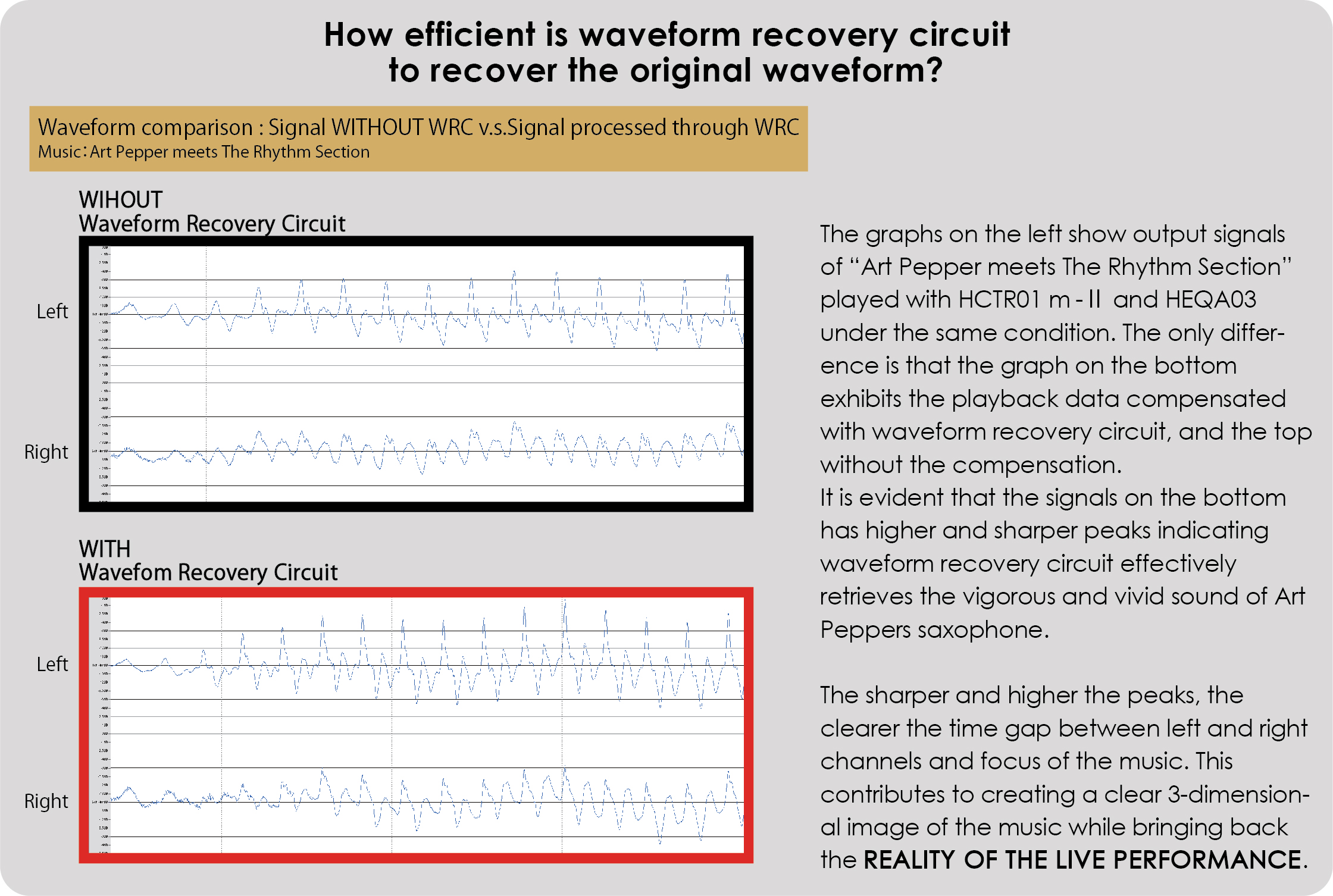 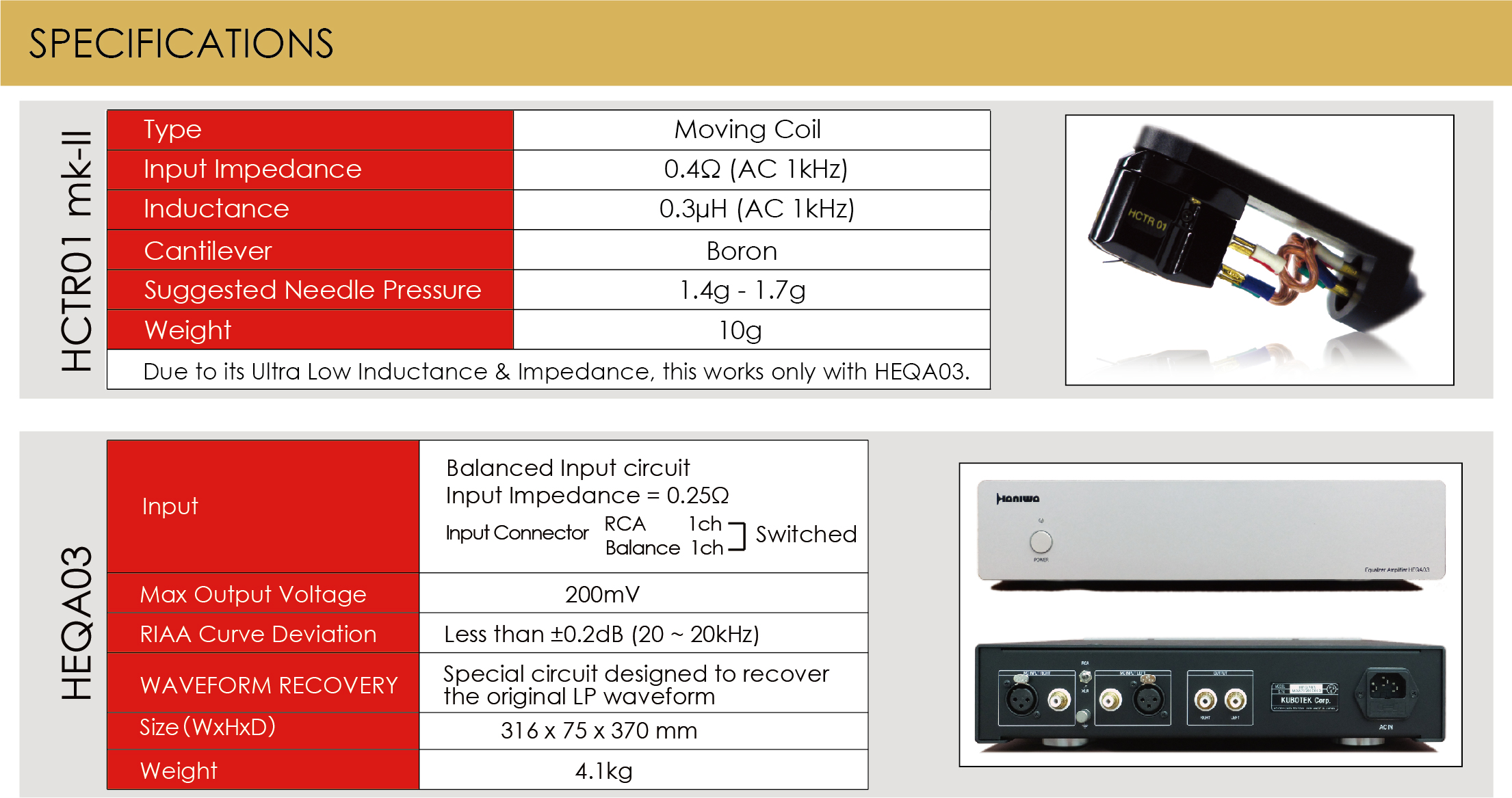 For more information on the Haniwa HEQA03 and a complete product brochure,

For more information on the Haniwa HEQA01 and a complete product brochure,